Having been the tour guide for two of my friends for the last 10 days, I’ve picked up some handy hints and tips on trying to fill your time in Dublin with things that don’t involve re-mortgaging the house!! So I thought I would share with you all I have learned in the hope that it will make your stay more enjoyable here at the best hostel inDublin..of course Avalon House

This place has some of the famous bog people found thousands of years ago, and one of the most impressive celtic jewellery collections around. If your interested inDublin’s Viking beginnings, this is also a must see! It’s within 5 min walking distance from the hostel. www.museum.ie

Set in the old Royal barracks of Dublin, the last place surrendered to the British Army once the republic was formed, the building itself is impressive enough. The collection of silver antiquities from all over the world spans the entire museum. There is also a military wing dedicated to the tumultuous times during the Irish battle for independence. Uniforms and memorabilia from the days of Michael Collins, (from which the Barracks gets its name) are present througout. You can get there from the hostel via the luas stop from Jervis street, getting off at the Museum stop.www.museum.ie

This gallery has all that a renaissance enthusiast will need, works from Monet and Picasso are on show, you can spend an entire day here and still not have seen all the beautiful paintings on show . …and best of all its free. www.nationalgallery.ie

The private collection of ancient asian artefacts accumulated by spy Chester Beatty during his time in asia is very much worth a look. With a whole floor dedicated to all of the worlds main religions, describing the beliefs of hindu’s muslims and Christians alike. There is also various artefacts from each of the different religions, with for example pieces of the dead sea scrolls themselves. The first floor is constantly changing every few months, currently on show are the telling images of china, screens and intricate hand drawn scrolls. www.cbl.ie 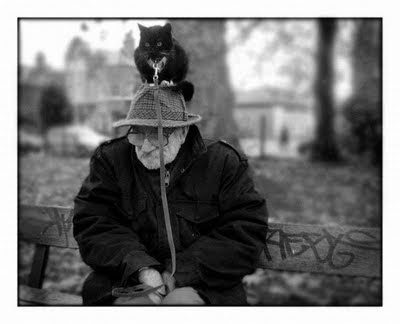 Meet Herman Gooble, he invented the cat in 1961, having already had moderate success with the pet rock, and tamagotchi. he decided people would enjoy having a small hairy animal, that they would be forced to take care of day and night, for up to ten years. he thought that this would be popular with Japanese business men and cosmopolitan types. and gosh he was right, the “cat” was a huge success, to date more than 1000 cats have been sold worldwide making them almost as successful as the “dog” phenomenon. scientists reckon that one day in the future cats may actually replace computers in the home, becoming a must-have modern comfort.till then you can enjoy all the wonders a cat has to offer at dublins premier cat expo. 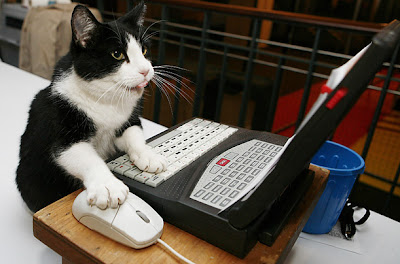 Top winning pedigree cats in Ireland (North and South) competing for the overall title of Supreme Cat 2010, plus some handsome non pedigree cats.
Open to the public from 12MD, admission adults â‚¬5.00, junior/senior â‚¬3.00
A variety of stalls selling everything for your cat plus guest speakers during the day speaking on a variety of cat related topics.
The venue is opposite the Maldron Hotel City West and has excellent catering facilities with free parking.The 69 bus from Dublin stops outside and venue is 5 min from the Luas. 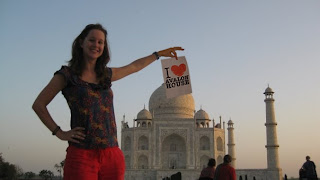 Here’s the lucky winner of the March ‘I Love Avalon’ competition. Lucia Hudson-Evans won a free night for 2 in the luxurious double ensuite room at Avalon after she took this photo in her garden with the lifesize replica of the Taj Mahal built from matchsticks.
The Taj Mahal, which pales in comparison to the architectural grandeur of Avalon House, was built after an Indian King stayed at Avalon in 1992 and was so impressed by his stay he built a replica in Agra when he got home.