Well as the title of this post suggests we’re feeling very adventurous in Avalon at the moment and wanted to draw your attention to some outdoor activities that you could do while visiting Ireland.

Wicklow; The garden of Ireland is only short distance by bus from Avalon. As well as tours to Glendalough available to book at reception we think you should know about this:

And our very own James and Alessandro got caught up in the mayhem of Slane Castle 2011. We were tempted to post a picture of them in the height of their enjoyment but instead we decided to show this lovely picture which captures the suitable attire for Irish festivals….get your wellies, 2 for a euuurrrro. Oh and this weird ritual that Irish men engage in on the way to a festival! 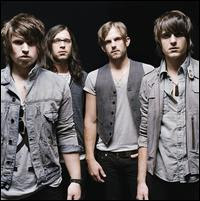 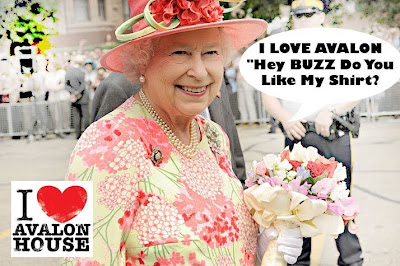 In the wise words of Barack Seamus O’Bama, Is Feidir Linn! And yes we can!
Himself and Michelle had a whirlwind visit to Moneygall for a quick pint of the black stuff (Michelle loooves the stuff) the up to Dublin to give us a good aul talk. Some called it a bit condescending others thought it was complete American arrogancy however Jedwards performance afterwards made up for it!

For the past 2 weeks Ireland, mainly Dublin, has been on lockdown as we welcomed the President of the US of A to our Emereld Isle and mere few days after Ireland’s long lost cousin Lizzy O’Windsor popped over to work on her tan!
After her free breakfast in Avalon she darted off to Bray for a splash around with Prince Phillip then apent hours on the dance machine in the local amusements!

Most of us hailed the hostoric visits, others cried in frustaration at parking restrictions and not being able to cross the feckin river however the general mood was high in a time of depression.

However the best was yet to come! This saturday sees the arrival of…even more famous/sexier than Queen Liz…The Kings of Leon!! The Followill brothers and co will headline this years Slane Castle concert to an already sold-out crowd of 120,000 fans!
Better hope the weather picks up! 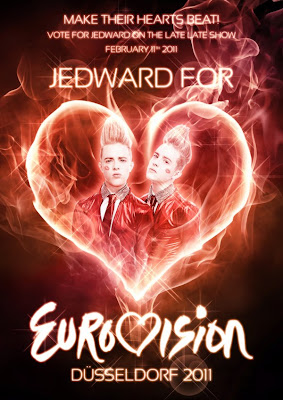 Its that time of year again folks… As the sun hides behind those big grey clouds mocking us as we sing along to Germans singing in bad English, transsexual Israelis shaking things they shouldnt be shaking and drunken Irish people dacning the Riverdance it can only mean one thing…EUROVISION IS BACK!
As the world knows Ireland is the most talented country ever and were looking to up the anty this year with our lads from Lucan, Jedward with their annoyingly catchy Lipstick! Can Ireland bring it home for an 8th time?!?! Tune in and see Ireland rip up Dusseldorf!